In preparation for an exhibition in 2020 at North Berwick Coastal Communities Museum (CCM), which will focus on the coast and sea, I have produced an exhibition panel entitled ‘The harbour that never was’. It explores how the engineer Robert Stevenson was commissioned to draw up plans for the construction of harbours on either side of the Firth of Forth, at North Berwick and Elie, that would have enabled an improved ferry crossing. The harbour at Elie was later built and whilst the one for North Berwick never came to fruition, we can see from the surviving archive, now housed at the John Gray Centre in Haddington, how it might have looked. Here we can see Stevenson’s harbour plan for North Berwick, (with the proposed pier highlighted in pink), which I have re-drawn for inclusion on the exhibition panel. 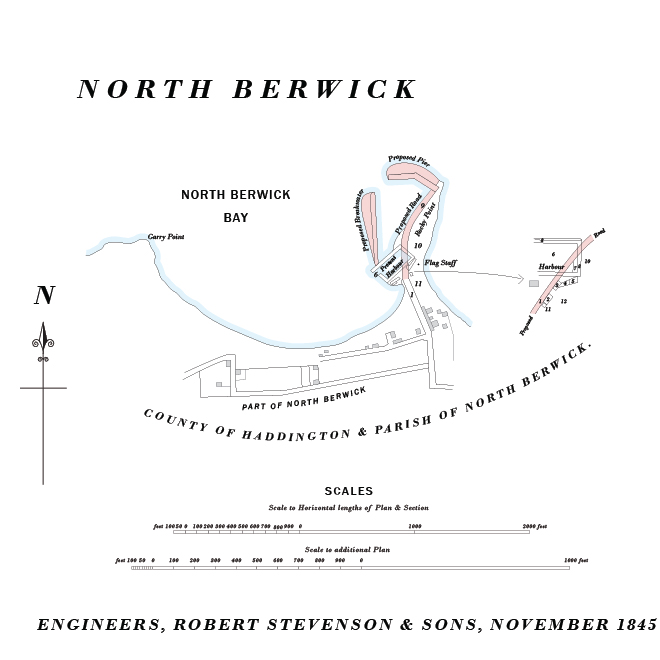